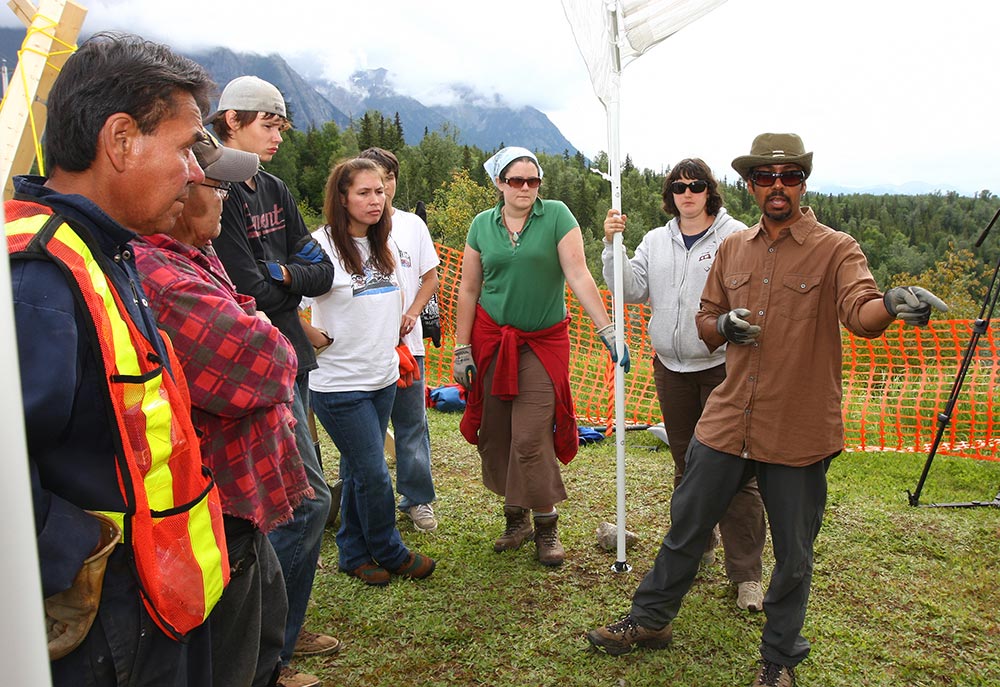 So it was that we arrived at the site not just with our shovels, screens and rain jackets, but also with cameras and permission from Hagwilget Village Council to record whatever emerged in the coming weeks—including the emotions of Hagwilget community members as the disturbed remains of their ancestors were once again unearthed and then laid to rest in Hagwilget Cemetery.

Over the course of the excavation, Crossroads communications coordinator Amanda Follett shot 16 hours of raw footage. Over the next year, she worked with Crossroads director Rick Budhwa to whittle that footage down to three hours and a rough story outline. The outline and the footage were then handed over to Smithers-based videographer Taylor Fox, who turned them into this 17-minute documentary that beautifully tells the story of how one community worked together to overcome adversity and became stronger for it.

This was also a profound learning experience for BC Hydro, who has been proactive in working with the community to resolve the issue, and we believe any organization or individual working on First Nations territories can learn from what happened in Hagwilget. We hope you enjoy Sacred Ground: In honour and in memory of our ancestors: Please share it widely!

Sacred Ground: In honour and in memory of our ancestors from Crossroads CRM on Vimeo.